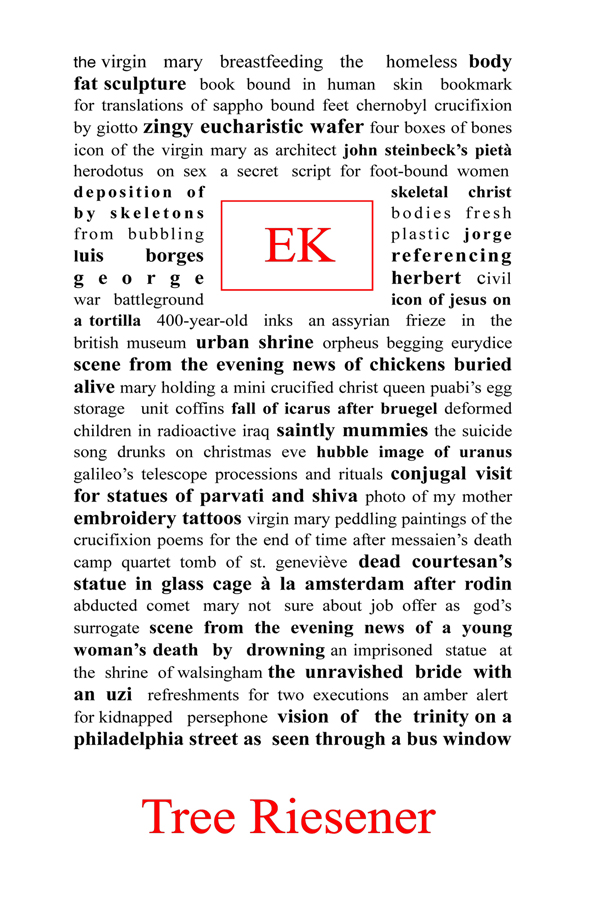 Laurie Byro has had 5 collections of poetry published, most recently La Dogaressa (Cowboy Buddha Press). A 6th collection is due out in 2019, D’eux and Other Sorrows (Cowboy Buddha Press). Two collections had work that received a New Jersey Poetry Prize. Laurie stopped competing when she achieved 55 Interboard Community honors including 10 first places as judged. She has been regularly nominated for a Pushcart Prize for poems published in magazines and anthologies including 2017, 2018 and 2019. Laurie has been facilitating Circle of Voices in NJ Libraries for the last 20 years.