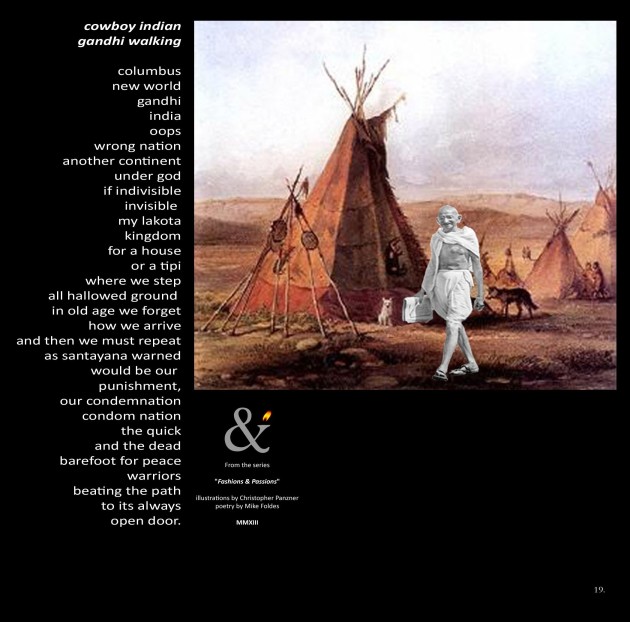 Mike Foldes is founder and managing editor of the online magazine Ragazine.CC. A graduate of The Ohio State University with a BA in Anthropology, he has edited chapbooks, newspapers, and magazines, and his work has appeared in Whiskey Island, Paterson Literary Review, the village Voice, Contemporary Literary Horizons and many other publications, in English and in translation to Romanian, Spanish, French and Hungarian. He is active with We Are You Project International poets and the Campaign for an Informed Citizenry. Mike is employed in the medical electronics field. He and his wife live in Upstate New York. They have three grown children.

Christopher Panzner is an American writer, illustrator and  fine artist who lives and works in Paris. For many years he worked in the film and television industry, essentially in European animation. Three animated features he contributed to, double Oscar-nominated The Triplets of Belleville, Venice Film Festival selection The Dog, the General and the Pigeons,and Blackmor’s Treasure (as Associate Producer), were part of an eight-film retrospective of contemporary French animation at the Museum of Modern Art in 2006 called “Grand Illusions: The Best of Recent French Animation.” He currently illustrates books of contemporary poetry, classics, and is the creator and Editor-in-Chief of LHOOQ magazine